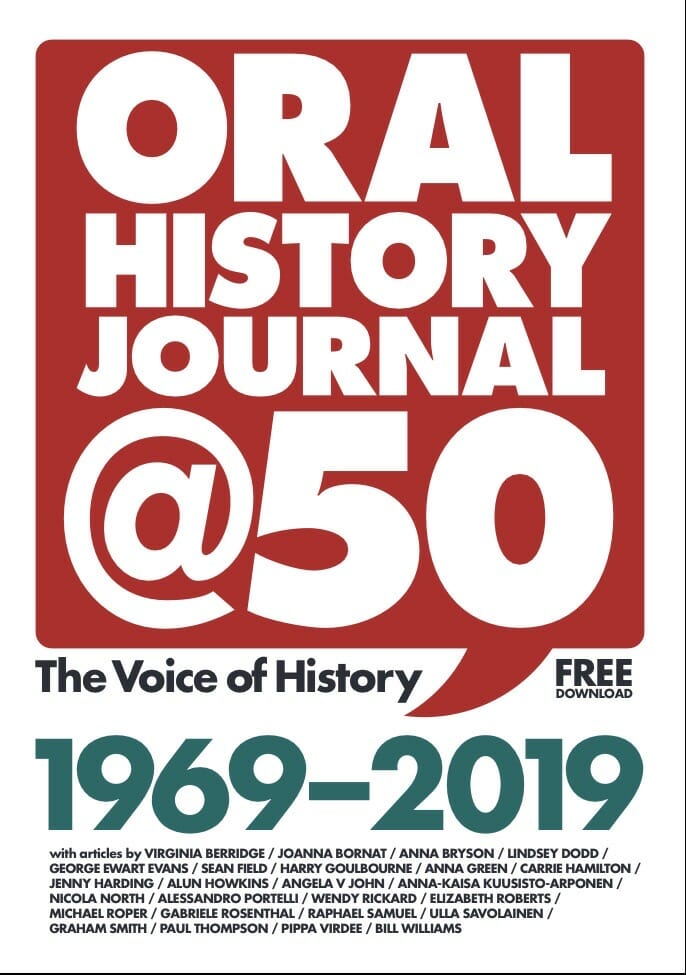 How oral history developed in the UK

The history of oral history

Oral history has its roots in many disciplines. It unites everyone interested in memory and the past. The development of portable recording technology in the last century made it possible to record and preserve the authentic voice of the past. Now that the technology is within everyone’s grasp, oral history has become a key part of community history as well as academic research. 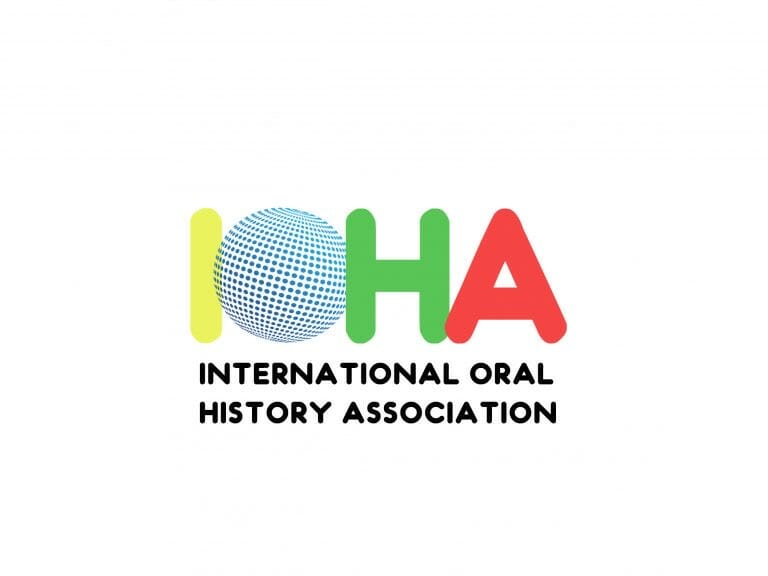 Oral history was ‘the first kind of history’ according to Paul Thompson in The Voice of the Past, a key publication in the re-emergence of oral history.

For centuries the use of oral sources in understanding the past was commonplace. Thucydides, the Greek historian writing in the 5th century BC, made much of the accounts of eye-witnesses of the Peloponnesian Wars, ‘Whose reports’, he claimed, ‘I have checked with as much thoroughness as possible’. By the time Bede came to write his History of the English Church and People, completed in 731 AD, he simply noted his thanks to ‘countless faithful witnesses who either know or remember the facts’. Even as late as 1773 Samuel Johnson expressed a keen interest in oral histories and oral tradition in his study of Scottish beliefs and customs. There then followed a long period when written sources seemed to dominate the practices of professional historians in the west. The weakening of oracy, with the rise and spread of the printed word, combined with the adoption of reductionist and empirically based methods in academic study, meant that the significance of oral testimonies was poorly understood. As a result, while oral sources often played a significant part in the writing of histories, these were just as often downplayed in comparison with evidence drawn from documents. The lack of acknowledgement of oral sources was compounded by a failure to access their value in any meaningful way. 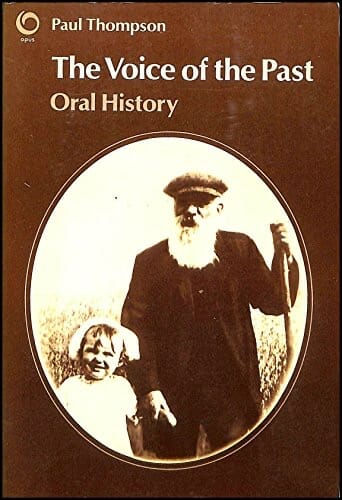 The beginnings of the Oral History Society

This was set to change in the second half of the 20th century. And in 1969 an informal day conference at the British Institute of Recorded Sound (BIRS) led to the formation of a committee that would in turn establish in 1973 the Oral History Society.

It is perhaps historians and archivists interested in local histories that can make the claim of taking the earliest initiatives in oral history in the 20th century. It was noted in an edition of the Amateur Historian in 1957, for example, that ‘the collection of information from old people does not feature in the textbooks, yet it is an essential process in compiling local history’. 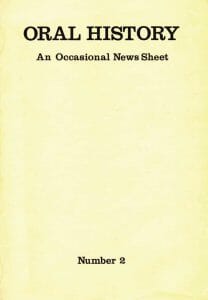 Another important influence in the remaking of oral history came from those with an interest in capturing the disappearing traditions of the countryside. In the 1950s the School of Scottish Studies at Edinburgh University and the Welsh Folk Museum established recording programmes. A common feature of these early ‘folk life’ collections was the recording of minority groups, such as Gaelic speakers. While Eric Cregeen proved an inspirational figure in Scotland, in England it was the work of George Ewart Evans that provided an important and lasting contribution. In addition to folklore studies, there were a number of initiatives that were interested in dialect and linguistic aspects of the spoken word, including the School of English at the University of Leeds and the Centre for English Cultural Tradition at Sheffield.

Parallels were often drawn in this work with oral tradition in other societies, especially in Africa. The products of these archives feature among the early issues of the Oral History journal (first produced in 1971). And oral history remains an important means of researching ‘tradition’, as exemplified by researchers such as Doc Rowe and Ruth Finnegan.

In the 1960s the newly emerging discipline of labour history was also finding value in oral sources. Information was difficult to find about the past domestic and working lives of the majority of the population. And there were large parts of British working class history that were simply absent from surviving documentary evidence. Although deeply frustrating for those who were researching beyond the reach of living memory, the realisation that written records were deficient proved an inspiration to record the recollections of older members of the ‘labouring classes’. Leading labour historians from this period who would leave their mark on oral history included Asa Briggs and John Saville (the first Chair of the Oral History Society). 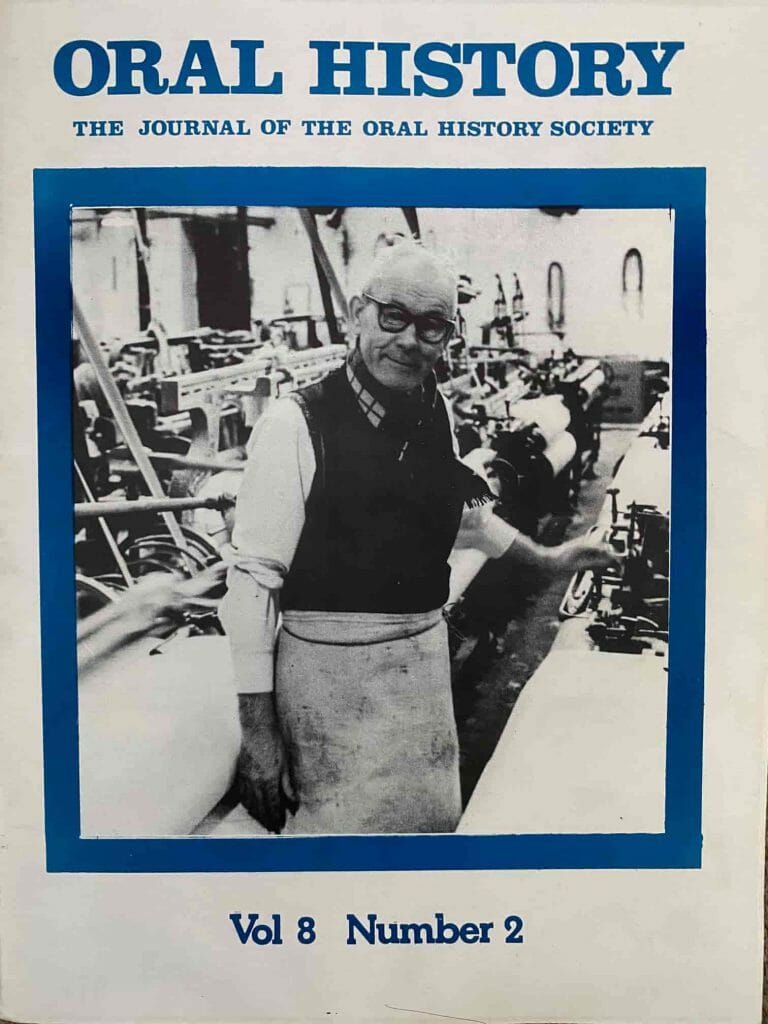 As well as labour historians and collectors of oral tradition, the development of the ‘new’ oral history in the late 1960s was attracting a range of diverse interests. Social scientists, archivists and broadcasters, as well as museum and library staff, were becoming interested in the potential uses of oral history. This diversity was reflected in the development of the Oral History Society in the early 1970s.

Within 20 years a growing number of practitioners were helping to develop a new range of topics that would include histories of art, science, land rights, business and even garden design. Influenced by developments in women’s history, especially in the 1970s and 1980s, oral historians in Britain also began to explore the historical construction of identities. So, by the 1990s oral historians were engaged in black and ethnic minority histories, lesbian, gay, bisexual and transgender histories and the history of medicine.

The Oral History Society, through its activities, continues to involve a wide spectrum of individuals. While this has resulted at points in tensions between academic and community oral historians, the Society maintains a commitment to inclusiveness and a rejection of a narrow professionalisation. Above all else the Society also continues to encourage people to engage in making histories through the use of oral history.