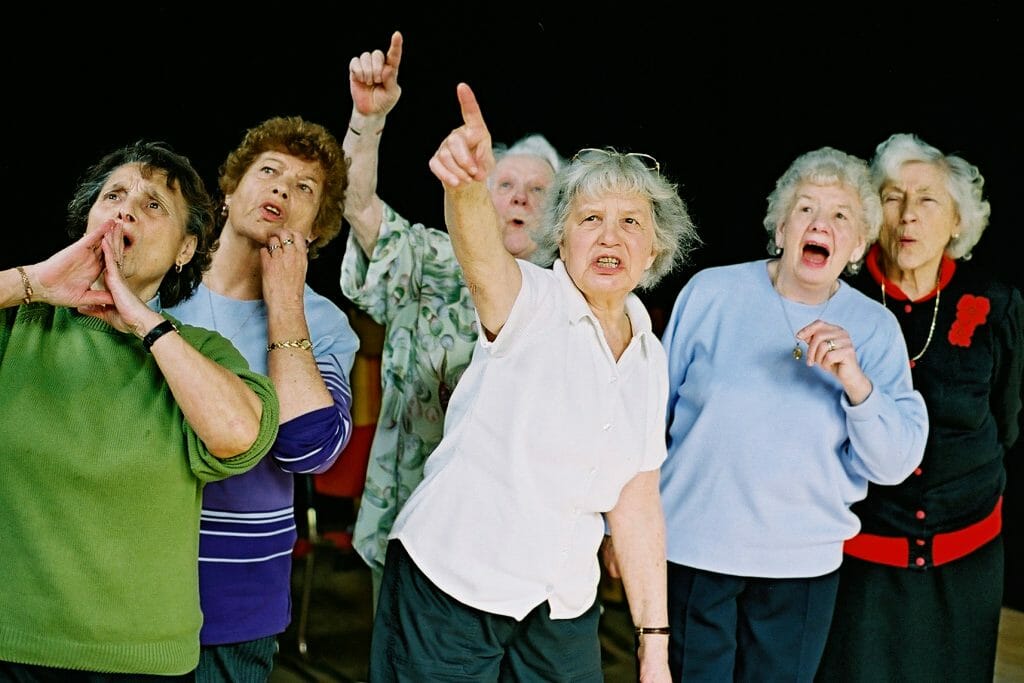 Working in creative partnerships with other Special Interest Groups (SIGS) can result in new, inspiring and ambitious oral history events.  These in turn can reach out to new members and enable links across different disciplines. It is as a result of innovative types of collaboration that new imaginative projects can be built.

The relatively recent formation by the Oral History Society of Special Interest Groups (SIGs) has now offered one such example of how meeting and working with others with similar, shared and overlapping interests can lead to exchanges of ideas, spark new ideas, benefit our own practice and lead to the mounting of events which attract a wider audience.

Since 1982, I have been a member of the Oral History Society. My own field has been making theatre from recorded interviews and developing verbatim theatre productions for professional and amateur performers. For many years, I have done this in my role as Artistic Director of Age Exchange Theatre and Reminiscence Centre between 1983 and  2005 and subsequently on a freelance basis.

Although my work is perhaps not in the mainstream of the Society, there has been a great deal of creative overlap and I have been one of the London Representatives of the Oral History Regional Network since its inception. I am now also a member of the recently-formed Creative Oral History Special Interest Group (COH SIG) which I find to be a very accessible and stimulating environment. We have held a number of online sharing events and begun to map creative oral history projects across different regions.

In a recent event, we joined forces with the LGBTQ SIG group to present Clare Summerskill’s book on Verbatim Theatre and I felt there was a new energy to be gained from such collaborations. Following the success of this joint SIG event, it occurred to me that it would be exciting to explore further the practice and issues around performing oral history.  We could consider how such endeavour can happen fruitfully in many different contexts. These could include cultural settings, educational and therapeutic contexts and process-led community development schemes, to name but a few..

I tentatively proposed to COH SIG fellow committee members the concept of us hosting a Symposium on Performing Oral History. They embraced the idea and offered their support.  I approached the LGBT SIG and they to agreed to support the idea too. At that point, we were still unclear whether this should be held face-to-face or online. The situation was changing frequently and yet it was not going to be obvious how we could make our symposium a purely virtual affair.

Around this time, a special encounter occurred, which gave me new motivation. Many years ago in 1983, just after I had set up Age Exchange Theatre Trust, I saw a video of a remarkable performance from the Dukes Theatre Lancaster. It was called ‘A Rose Between Two Thorns’  and it looked at specific aspects of life in the interwar year. Throughout, it used verbatim material culled from interviews and I was enchanted by the result. For the next twenty years I adopted this approach to my theatre projects. All were now to be verbatim and based on the recorded interviews.

The director of this play was David Thacker, who went on to run the Young Vic Theatre and to direct for the National Theatre, The Royal Shakespeare Company and many others. I had never met him or had the opportunity to tell him how much his work had influenced me. That was until I attended a recent memorial service for an important dramatist, David Holman, a close friend of David Thacker. It was a sad occasion, but a joyful meeting for me, especially as David Thacker had such enthusiasm for verbatim theatre and such fond memories of this play in particular. He wanted to support my idea of a Symposium and to come along in person, maybe even with actors who had been part of this production, to run a live workshop sharing his methods. This was very special offer and meant we had to build in at least one face-to-face event, but that we could add online presentations as well.

I began to look for a venue and financial support. The University of Greenwich’s Drama, Theatre and Performance Research Group agreed to provide a venue and administrative support and have been whole-hearted partners throughout.  They have also promised online coordination and communication for the event, which was essential.

The two SIGS (COHS and LGBT+) sent out calls for papers and the response was immediate and very varied, bearing out what we had hoped for. So it was decided and agreed that we should have a face-to-face practical day sandwiched between two online days. The first online day (April 11th  2022) will look at social, cultural and artistic uses of performance of oral history. The face-to-face day (Tuesday 12th April 2022) will explore practically the making of verbatim plays from recorded testimony. The remaining online day  (Wednesday 13th April 2022) will look at therapeutic, educational and intergenerational contexts for performance of oral history and reminiscence. Many of these papers will be given by practitioners from different countries who are members of the European Reminiscence Network, which is co-sponsoring the event.

So with just a few weeks to go before the Symposium, all the participants are enthusiastic about the wide-ranging programme with so many interesting offers: a performance by live actors celebrating rivers and canals, the use of performance in medical training, the making of audio and video programmes featuring performance of oral testimony in prison, and the role of dramatic improvisation in retrieving memory and sense of identity for people living with dementia.

The whole event is of course the result of cooperation between Special Interest Groups across normal discipline boundaries, and the pleasure and stimulus that has afforded of meeting and working with people with similar but distinct interests.

The Symposium is happening very soon and we hope many readers will decide to attend. The entire event is free of charge, but people must register via Eventbrite in order to attend some or all of the event.

Find out more at https://www.gre.ac.uk/research/activity/las/oral-history-symposium

Pam Schweitzer, MBE, HonDocArts (Greenwich) is a writer, theatre director, trainer and lecturer. Following many years teaching and writing about Theatre in Education and Educational Drama, she became fascinated by Reminiscence and Oral History. In 1983, she founded Age Exchange Theatre Trust and was its Artistic Director until 2005. She has devoted the last 37 years to recording and preserving for posterity the memories of older people on key themes in the social history of the 20th century. From these recordings, she has created and directed 30 professional theatre productions, which have toured nationally and internationally. 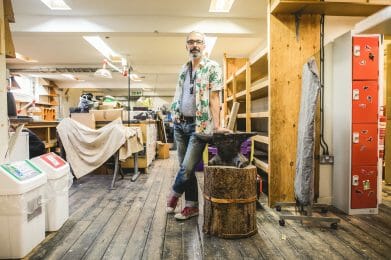 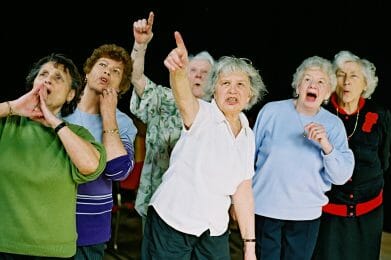