Oral history in the North West in 2020

The Ahmed Iqbal Ullah Education Trust has continued to run its flagship programme, Coming in From the Cold (financed by the NLHF). This supports community heritage projects to record and share their oral histories. Despite restrictions imposed by Covid-19, they aim to complete this phase of the threeyear programme by March 2021, having worked with over 50 different projects and taken in at least 30 new archive collections. In May of this year, Coming in From the Cold was highly commended at the University of Manchester’s Social Responsibility awards for its outstanding contribution to community engagement and shortlisted for a Manchester Culture award.

During the first national lockdown, the AIUET also launched an initiative to record and share the experiences of Black, Asian and Minority Ethnic people living through the pandemic. The campaign (financed by Resourcing Racial Justice) continues. For further information visit their website:

Other projects have experienced delays in their start or completion due to Covid. The Withington Baths project aims to record the memories of those who frequented the baths or worked in the baths as part of a wider restoration project. The baths were opened in 1913 and were the first Baths in Manchester and possibly the country to allow men and women to swim together in the same pool at the same time. The Baths was the last remaining Edwardian pool in Manchester. The Baths closed in 2013 but have been rescued by a local community group Love Withington Baths and turned into a community baths, hub and leisure centre. The group received funding from the National Lottery

Heritage Fund to conduct an Oral History Project but this has been put on hold.

The Manchester Nile Valley Conservation and Education Network received funding for their Kitara Tales Project aimed at recording and sharing the oral histories of Ugandan migrants now living in Greater Manchester, focusing on their cultural heritage and traditions. It is unknown at this stage how far the project has proceeded.

The Warrington Wire Project received funding for a project to record and catalogue Warrington’s rich wire heritage. Whilst wire production dominated Warrington’s employment structure for over a hundred years, it was discovered that many residents were unaware of its significance even though the local rugby team is known as The Wire. This project aims to redress this by collecting oral histories, extending Warrington’s archives, and interpreting and representing the stories collected to new audiences. The project has made a start before Covid and is hoping to continue remotely for the moment.

A project which has been delayed but waiting to start remotely has been suggested by the Together Trust. This project is part of the charity’s 150 celebration. The charity will be working with care leavers, who were either housed in a residential home or under the fostering service, to conduct the training and the recordings. They will be regaining contact with care leavers as part of the project.

Stephen Kelly writes: Little activity in the northwest has been reported since Covid and lockdown. But it is assumed that some projects will be continuing while others will have been put on hold until face to face interviewing can resume as normal. However one project that has continued and is worth reporting on is the Granadaland project with which I am involved. This project focuses on recording interviews with former members of Granada Television.

Initially the various lockdowns allowed time to reflect and work on the website (www.granadaland.org) but we soon discovered that a number of important people who we had wished to interview were suddenly available with time on their hands. Most of these people were not in our catchment area but based abroad. For example, Lee Child, the writer, lives in America and while he had long ago agreed to an interview pinning him down had proved impossible. But suddenly Zoom offered us the opportunity. And so a Zoom interview was carried out with him at his home in America.

It is worth saying from the outset that internet interviews, whether with Zoom or other providers, may not be possible or suitable for some people. But with our project the vast majority of interviewees were familiar with computer technology. As a consequence we carried out further interviews including with the film director Paul Greengrass and the producer of The Crown, Andy Harries, both of whom are normally based in Hollywood with tight schedules. In all we carried out about a dozen Zoom interviews and all successfully. Most of the interviews lasted for at least two hours and with three of the interviewees there was a request on their part to do a follow up interview. One of the advantages of Zoom was that it allowed for this luxury, which might otherwise have not been possible. It also allowed for flexibility in scheduling with some of the interviews taking place in the evening.

Zoom also presented no technical problems and was easy to use although without a subscription interviewing time is usually restricted to around 45 minutes. This can easily be overcome by immediately booking a new session five minutes later. The sound quality was generally very good though not always up to broadcast quality as interviewees tend to move backwards and forwards as they talk. The interviews could also, with permission of the interviewee, be recorded in video as well as audio. Although video was not pertinent to our project it might be very useful for some. In all cases the interviewees were in their own homes and relaxed. One was in his Spanish villa, another on a ranch in Laramie! Interviews were also less intrusive with no moving of furniture, making cups of tea or searching for electricity points. Once completed the interviews are automatically uploaded onto the desktop and with the press of a key placed in dropbox and on its way to our transcriber. Zoom also meant that no travel costs were incurred. If only we had thought of it beforehand we could have saved a considerable amount of money that went in travel expenses to far points of the UK. Of course, there are also negatives. Interviewees needed to have computers and be familiar with the use of Zoom, plus you also require a good internet connection. You also need to be aware that incoming emails ‘ping’ and are recorded and that particular facility needs to be switched off. And with some projects there may well be security issues. Sadly it also means that you cannot look at photographs or other memorabilia which for some projects can be vital. But on the whole, for our project at least, the lockdown and the use of a Zoom was a huge boost, enabling us to record at least a dozen major interviews which otherwise would never have happened given time constraints, costs and logistical issues. It is certainly something to be seriously considered for future projects and is one of the few positives to have come out of Covid. 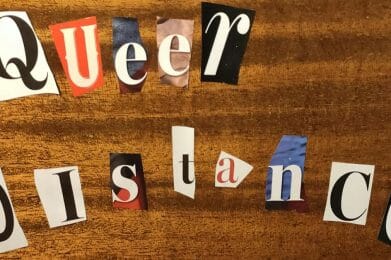 OurStory Scotland records queer voices that bear witness to our lives. Through changing times, and even lockdown, we reach out across the distance. 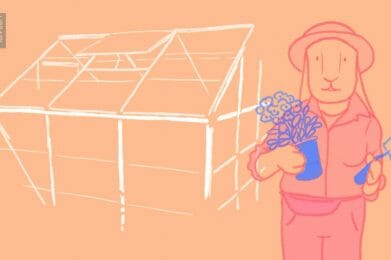 If gardens had ears, what would they hear?

If Homes Had Ears is a new, light-touch digital exploration of the spaces that define our homes. Launched by the British Library in the summer of 2020, the website uses oral histories and other gems from our sound archive to capture how people regarded their domestic spaces throughout the twentieth century. 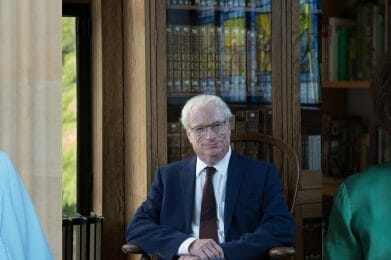 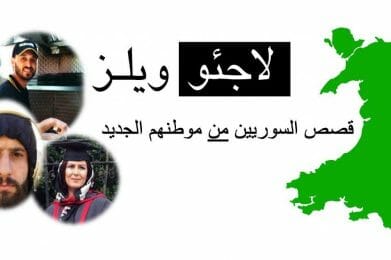 The OHS uses cookies to improve your experience while you navigate through our website. Out of these, the cookies that are categorised as necessary are stored on your browser as they are essential for the working of basic functionalities of the website. We also use third-party cookies that help us analyse and understand how you use this website. These cookies will be stored in your browser only with your consent. You also have the option to opt-out of these cookies. But opting out of some of these cookies may affect your browsing experience.
Necessary Always Enabled

Performance cookies are used to understand and analyze the key performance indexes of the website which helps in delivering a better user experience for the visitors.

Analytical cookies are used to understand how visitors interact with the website. These cookies help provide information on metrics the number of visitors, bounce rate, traffic source, etc.

Advertisement cookies are used to provide visitors with relevant ads and marketing campaigns. These cookies track visitors across websites and collect information to provide customized ads.

SAVE & ACCEPT
Powered by